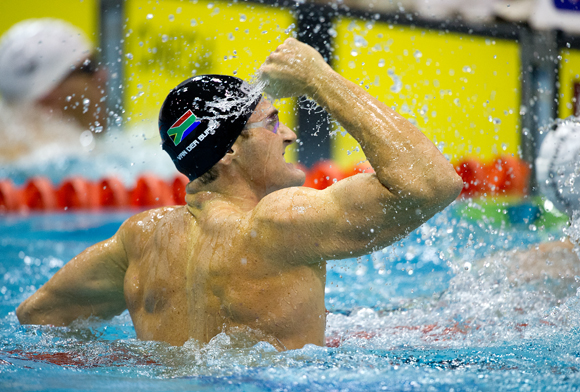 South African swimmer Cameron van den Burgh qualified for the London Olympic Games 2012 and should be one of our star performers!

Cameron has represented South Africa with distinction and is known for consistency in delivering powerful performances.

A the recent South African National Championships in Durban our photographers managed to capture this world class swimmer through the lens.

He is Africa’s first home-trained world record holder and the youngest at the age of 20. He trains with Dirk Lange and is based in Pretoria. He has represented South Africa at the 2008 Summer Olympics and has won numerous World Championship medals since his debut in 2007 when he took a bronze medal. He is studying for Bachelor of Commerce and a Bachelor of Laws at the University of Pretoria.

Van der Burgh obtained his first world long-course record (29;79) in the 50 m breaststroke, in the semifinals at South African nationals in April 2009. Cutting off 0.12 seconds of Oleg Lisogor’s old world record set in 2002. He won the world title in the same year at the Rome championship, also in the 50 m breaststroke. He won the 50m breaststroke at the 2010 Commonwealth Games in a time of 27.18 seconds in a new games record and the 100m world title at the 2010 short course world championships. [Wikipedia] 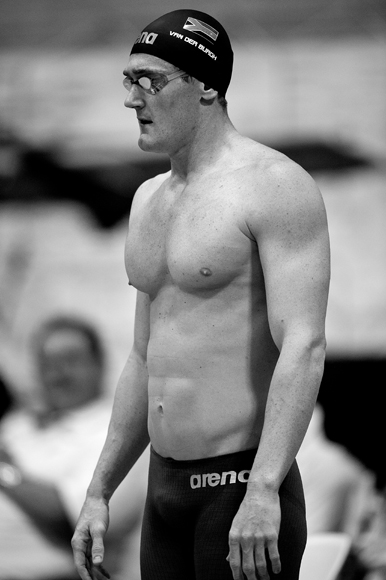