Photos will once more tell the Caster Semenya story! 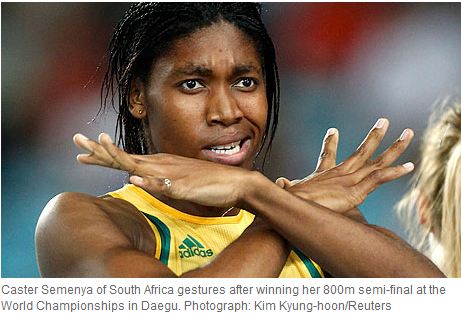 On Sunday South African athlete Caster Semenya will be under the spotlight once more as she competes in the finals of the 8oom at the World Athletics Championships in Daegu, South Korea . The 20-year-old South African defending champion clocked 1:58.07 in her semi-final, the fastest qualifying time.

It is fair to say that Semenya, a brilliant athlete in her own right, has been on the receiving end of bad publicity and “off-the- track” fights between athletic administrators and politicians.

The Pretoria University student was revealed to be a hermaphrodite after the leaking of test results following her 800m win in Berlin in 2009.

The incident generated anger from the South African public and government and sparked a major gender review by the IAAF, which in April introduced new eligibility rules for women athletes with excessive male hormones, a medical condition known as hyperandrogenism.

Semenya was cleared to compete as a woman in July 2010, nearly a year after she shot to prominence. During this time the international media frantically searched for photos of Caster Semenya on and off the track.

Some of the photos of Caster Semenya taken by sports photographer Gerhard Steenkamp from Superimage also found their way to a few European Newspapers. We would like to share some of these photos.

Caster Semenya as an athlete at school 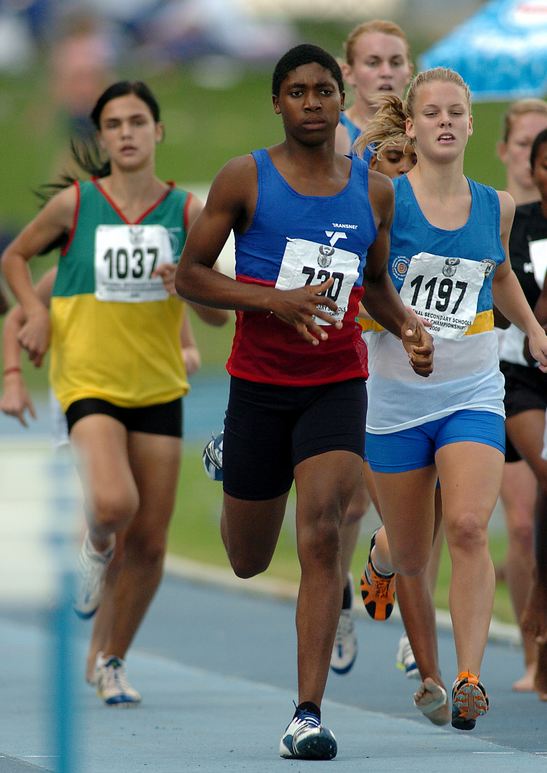 Caster Semenya in the International Media 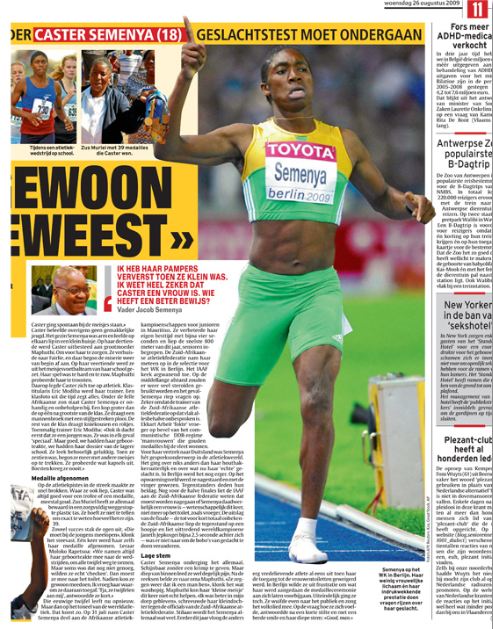 Nobody will be able to take away the achievements by Caster Semenya on the athletics track! We would like to wish Caster Semenya the very best – we pray for her for strength, wisdom and guidance and the support of People who REALLY CARE!!

Update: Caster Semenya won the silver medal in the 8oom at the World Athletics Championships in Daegu, South Korea