Rugby through the eyes and lens of the female sports photographer 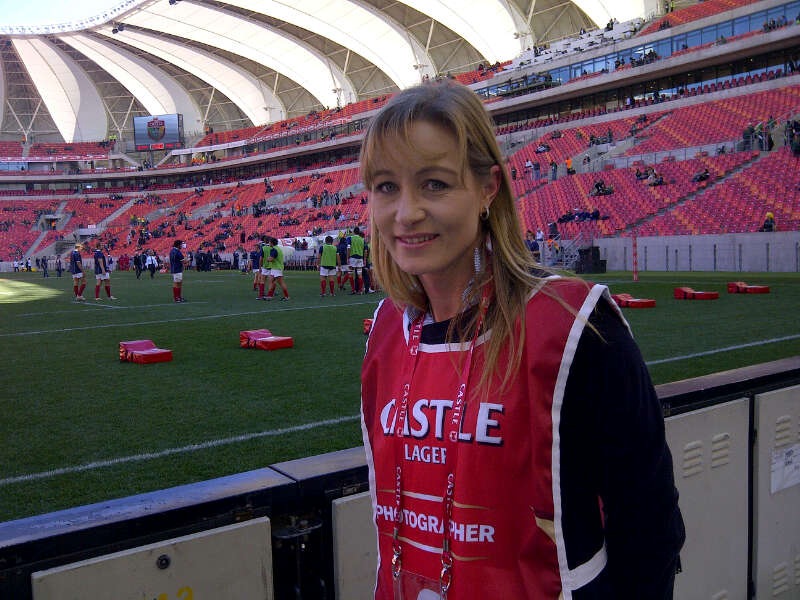 What is it like to be a female sports photographer? In this male dominated environment it is rather strange to find a blonde lady capturing the action on the rugby and football pitch. During the past year many rugby fans on Rugby15 have enjoyed the photos captured by Denese Lups and we decided to chat with Denese about her experiences as a female sports photographer.

What are those looking at your photos least likely to know about you?

I am married with 3 boys – ages 14, 11 and 9 and they are attending Grey College in Bloemfontein. I studied/read law for 5 years, attained my B.Iuris, LL.B degrees and was admitted as an attorney in 1996.

How did your “career in photography” start?

I have always loved photos and gradually started taking more and more photos myself. I love action photography and especially capturing sports such as soccer and rugby. I was first introduced to soccer by one of the legends in South African sport photography, Gerhard Steenkamp.

My enthusiasm for photography, which started as hobby soon turned into a passion.

Can you recall the first Super Rugby Game you captured on camera?

The first super rugby game was in March 2011 – Cheetahs v Bulls. I remember quite well sitting next to Hilton Kotze and the expression on his face when right at the end of the game a bird decided to make a dropping on his laptop!!

How do you go about getting next to the pitch to capture the action?

You need to find accreditation and with this goes access to the pitch. This is applied for from the media spokesperson at the specific Rugby Union and you may need to be affiliated with an accredited media organization such as Rugby15.

What do you do when you arrive at the Stadium?

When you arrive at a sports event, you can be knocking around for quite a bit before taking pictures.  You will need to find the media room to get bibs and then find a good position next to the pitch.

Before a game the energy levels are high and there is quite a bit of excitement. A few minutes before a game begins it is a great time to catch some “emotional images” on sideline of fans and players during warm-up, the tunnel or the locker room. Some of these locations are still off-limits for me… L

Can you describe the process and action next to the pitch while capturing the game?

If there’s a pause in the action, you’ll be hunched over a laptop, downloading photographs, editing and captioning and then transmitting them to the office.

“Shooting the action” is best described by referring to Joe Mcnally as he describes it best in his book…..the moment it clicks

“it’s about the sheer joy of clicking the shutter……..the explosion in your head and heart when you make the shot. The deal is the shot….You make the picture and you know something just froze solid in a shifting world…..you just hung your hat on a moment that otherwise would be gone forever…….it’s about the nerves, the joy, and the terror of wondering if you got it…..the moment it clicks” 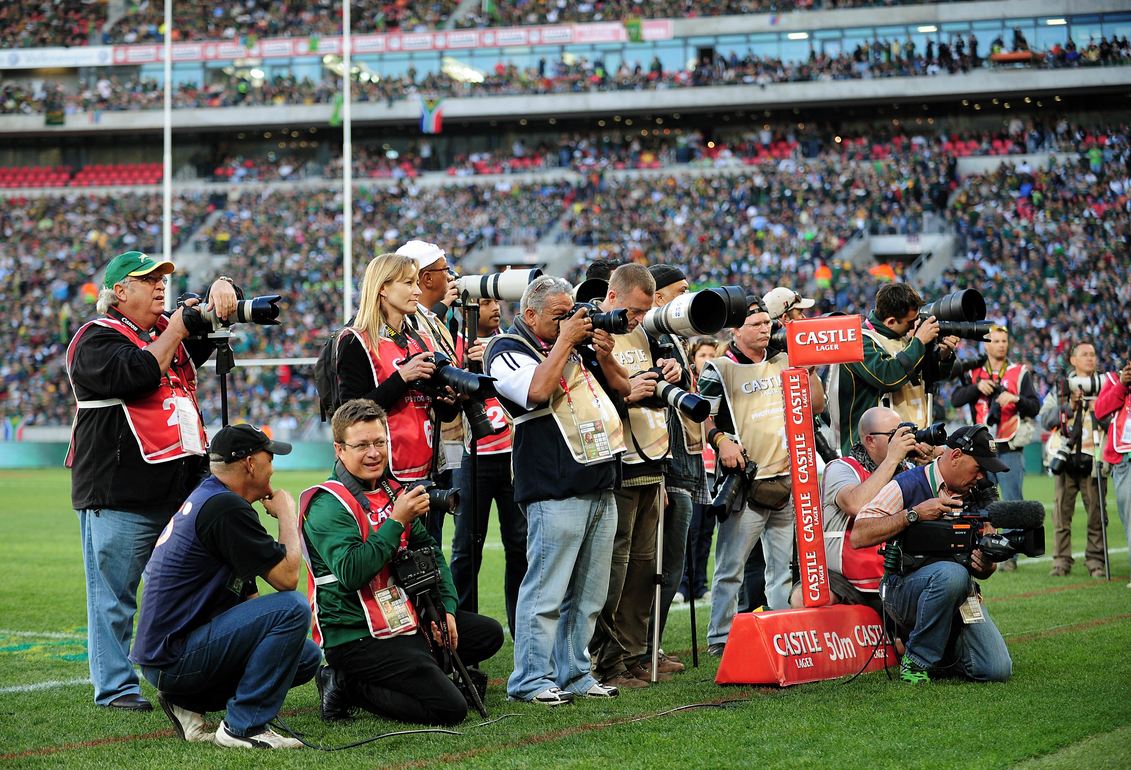 What would you advise young sports photographers?

It is important to know the game you shoot as you need to know where the next play is to unfold. Anticipate when and where the moment will unfold.

Use the advice and lessons learnt from your seniors. Just enjoy the moment! That’s what takes you there – enjoying what you’re doing..

You don’t need to take the same pictures as everyone else. If you can, try to move away and find a different angle.

At one point or another, all beginning photography students have to ask themselves one question. What makes the difference? 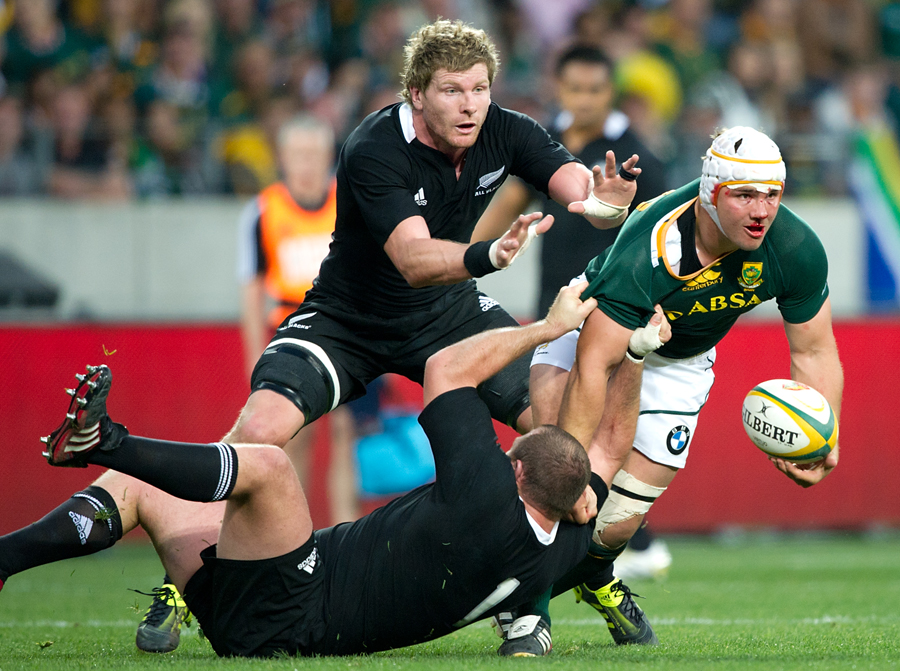 What skills does someone need to be a really great sports photographer?

The autofocus cameras have leveled out some of the technical skills, but you still need a good knowledge of sport, and sports personalities, as sport has become so personality-based. When you’re at an event, you’ve got to try to predict what’s going to happen.

I also really believe that you have to love photography, and not just the idea of being a photographer.

What has been some of your more interesting moments at the stadium and next to the pitch?

Kimberley GWK stadium has some of the most funny and interesting photographers next to the pitch – and perhaps some of the most talkative as well! This is also where you find lots of running commentary from the pavilion.

At one stage some of the commentary got a bit hectic – to the point where one photographer mentioned that a lady photographer might perhaps be better off not being next to the pitch. I believe he might have found the remark more embarrassing than me!  It just inspires me to take more and better pics!! There was also lots of humor during the Coca-Cola Cravenweek in Kimberley.

In Bloemfontein I discovered the importance of being able to have a clear view to the corner flag! During a Super Rugby game a colleague moved in front of me obscuring my angle to the corner flag, blocking me from capturing a try. After a brief chat I am convinced he will not do that again! J What has been your highlight in rugby sports photography?

The experience and privilege of capturing the Tri Nations rugby test between the Springboks and the All Blacks in Port Elizabeth. The Springboks won – and it does not get much better than this.

The whole process, from getting accreditation to clicking the camera! The privilege and honor of meeting South African legends in photography such as Christiaan Kotze, Duif du Toit etc!

I believe I might have sounded like a gramophone on route to the stadium. There was so much to ask and talk about!

This was my first time in an “official photographer’s room”. I received my red bib, No 6 and in red. This meant I may not walk around at pitch side. The golden bib holders are allowed to roam around.

I went to the stadium early and entered by the side gate. I captured the schools game between the SA Schools Side and the French U/19 side.

The atmosphere was amazing and the adrenaline levels high. This was also the first time I had to sit behind a steel barrier, and not being the tallest of photographers, we simply find a way, push the barrier to the side and rather have a good “Ï am sorry”& did not know” ready for in case….

The greatest moment was standing alongside all these legendary photographers as the teams made their way onto the pitch. The All Blacks performing the Haka was a moment to remember even though the sound was deafened by the crowd support for the Boks during the Haka.

Capturing the game was magical. From the anthems, the Haka, kick-off right through to the blow of the final whistle. A strange joyous but quiet atmosphere was present in the photographers’ room after the game. Perhaps it might be the strange presence of a female photographer which left my fellow photographers in a strange quietness… 🙂 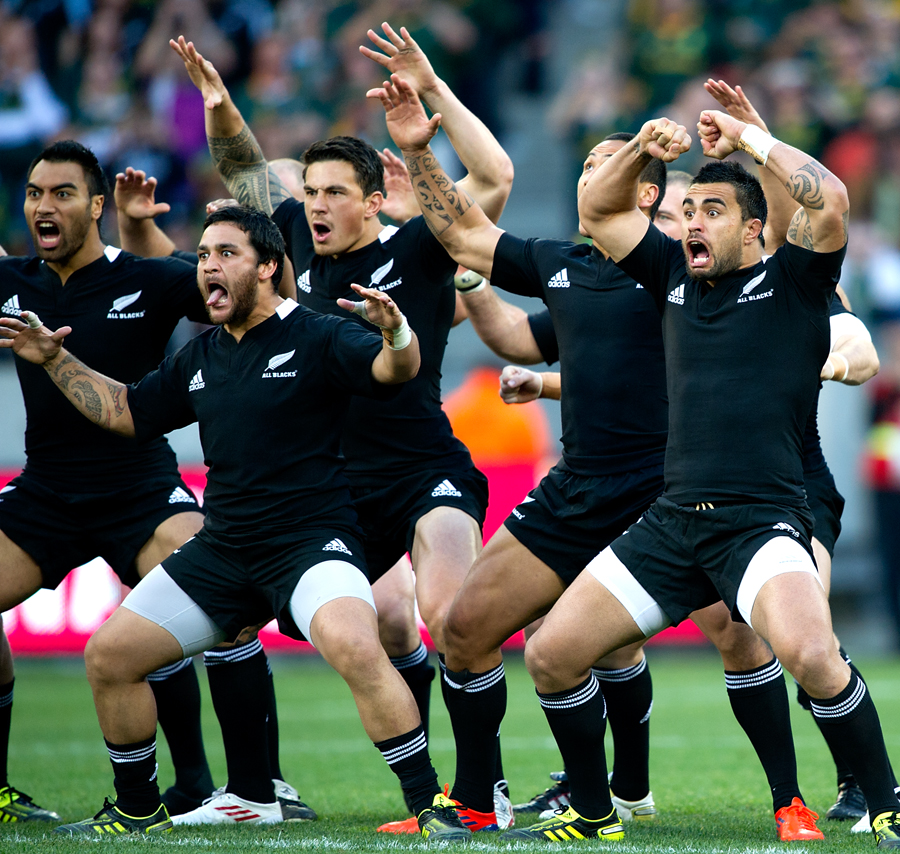 All Blacks doing the Haka in Port Elizabeth 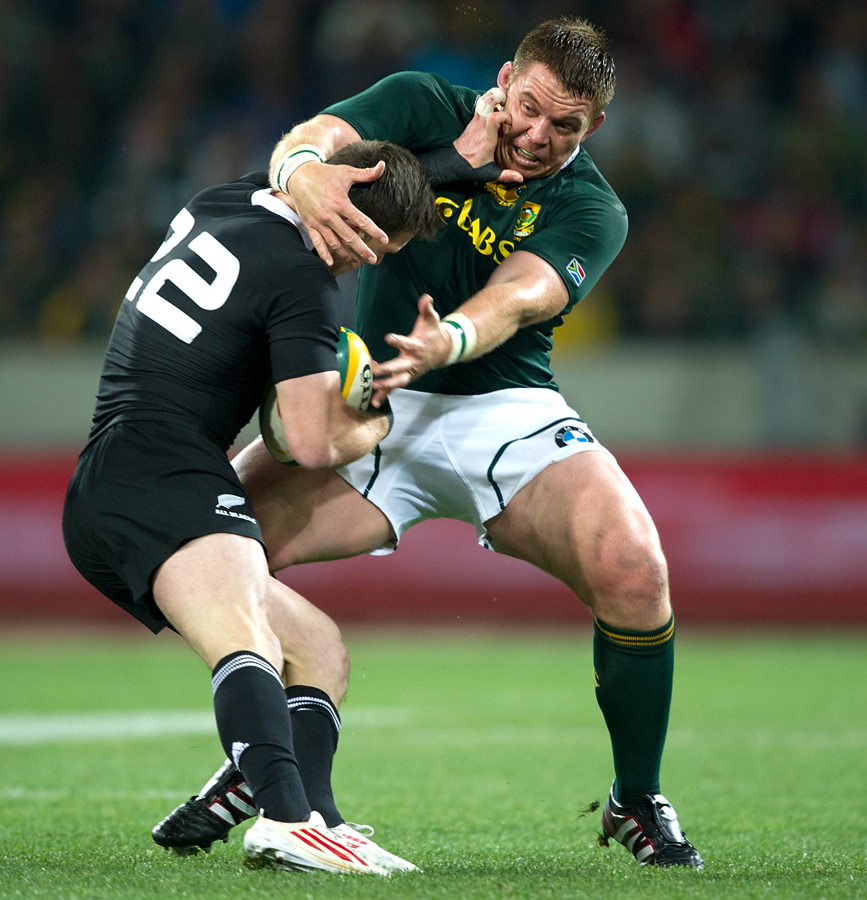