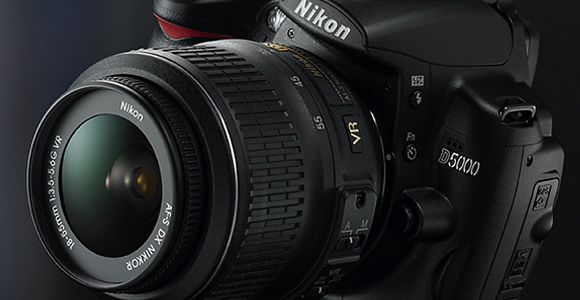 Digital cameras have fantastic autofocus and exposure features, but if you want to be in control of your images, you need to shoot RAW.

RAW means you are getting the full, uncompressed image as the camera sees it. If you shoot JPEG you’re letting the camera compress and process the image with a one size fits all approach. It is not capable of recording all the information that your cameras sensor captures. In order to take control and produce the best quality images possible you need to shoot your shots as RAW files.

Think of your camera’s RAW files as undeveloped film – waiting for you to decide how to process it. Think of JPEG’s from your camera as prints you’ve got back from the corner store – it’s all been done for you.

The digital sensor in the majority of digital cameras is what is known as a BAYER PATTERN sensor. This relates to the arrangement of red, green and blue sensitive areas. A typical sensor looks like this:

Each pixel in the sensor responds to either red, green or blue light and there are 2 green sensitive pixels for each red and blue pixel. There are more green pixels because the eye is more sensitive to green, so the green channel is the most important. The sensor measures the intensity of light falling on it. The green pixels measure the green light, the red the red and the blue the blue. The readout form the sensor is of the form color:intensity for each individual pixel, where color can be red, green or blue and intensity runs from 0 to 4095 (for a 12-bit sensor)

A conventional digital image has pixels which can be red, green, blue of any one of millions of other colors, so to generate such an image from the data output by the sensor, a significant amount of signal processing is required. This processing is called Bayer interpolation because it must interpolate (i.e. calculate) what the color of each pixel should be. The color and intensity of each pixel is calculated based on the relative strengths of the red, green and blue channel data from all the neighboring pixels. Each pixel in the converted image now has three parameters: red:intensity, blue:intensity and green:intensity. In the end the calculated image looks something like this:

RAW data (which Nikon call NEF data) is the output from each of the original red, green and blue sensitive pixels of the image sensor, after being read out of the array by the array electronics and passing through an analog to digital converter. The readout electronics collect and amplify the sensor data and it’s at this point that “ISO” (relative sensor speed) is set. If readout is done with little amplification, that corresponds to a low ISO (say ISO 100), while if the data is read out with a lot of amplification, that corresponds to a high ISO setting (say ISO 3200).

Now one of two things can be done with the RAW data. It can be stored on the memory card, or it can be further processed to yield a JPEG image. The diagram below shows the processes involved:

If the data is stored as a JPEG file, it goes through the Bayer interpolation, is modified by in camera set parameters such as white balance, saturation, sharpness, contrast etc, is subject to JPEG compression and then stored. The advantage of saving JPEG data is that the file size is smaller and the file can be directly read by many programs or even sent directly to a printer. The disadvantage is that there is a quality loss, the amount of loss depending on how much compression is used. The more compression, the smaller the file but the lower the image quality. Lightly compressed JPEG files can save a significant amount of space and lose very little quality.

RAW to JPEG or TIFF conversion

If you save the RAW data, you can then convert it to a viewable JPEG or TIFF file at a later time on a PC. The process is shown in the diagram below:

You’ll see this is pretty similar to the first diagram, except now you’re doing all the processing on a PC rather than in the camera. Since it’s on a PC you can now pick whatever white balance, contrast, saturation, sharpness etc. you want. So here’s the first advantage of saving RAW data. You can change many of the shooting parameters AFTER exposure. You can’t change the exposure (obviously) and you can’t change the ISO, but you can change many other parameters.

A second advantage of shooting a RAW file is that you can also perform the conversion to an 8-bit or 16-bit TIFF file. TIFF files are larger than JPEG files, but they retain the full quality of the image. They can be compressed or uncompressed, but the compression scheme is lossless, meaning that although the file gets a little smaller, no information is lost.

As said above the data could be stored as an 8 or 16-bit TIFF file. RAW data from most high end digital camera contains 12 bit data, which means that there can be 4096 different intensity levels for each pixel. In an 8-bit file (such as a JPEG), each pixel can have one of 256 different intensity levels. Actually 256 levels is enough, and all printing is done at the 8 bit level, so you might ask what the point is of having 12 bit data. The answer is that it allows you to perform a greater range of manipulation to the image without degrading the quality. You can adjust curves and levels to a greater extent, then convert back to 8-bit data for printing. If you want to access all 12 bits of the original RAW file, you can convert to a 16-bit TIFF file. When to shoot RAW, when to shoot JPEG?

The main reason to shoot JPEG is that you get more shots on a memory card and it’s faster, both in camera and afterwards. If you shoot RAW files you have to then convert them to TIFF or JPEG on a PC before you can view or print them.  If you know you have the correct exposure and white balance as well as the optimum camera set parameters, then a high quality JPEG will give you a print just as good as one from a converted RAW file, so you may as well shoot JPEG.

You shoot RAW when you expect to have to do some post exposure processing. If you’re not sure about exposure or white balance, or if you want to maintain the maximum possible allowable post exposure processing, then you’ll want to shoot RAW files, convert to 16-bit TIFF, do all your processing, then convert to 8-bit files for printing. You lose nothing by shooting RAW except for time and the number of images you can fit on a memory card.

Note that some cameras can store a JPEG image along with the RAW file. This is the best of both worlds, you have a JPEG image which you can quickly extract from the file, but you also have the RAW data which you can later convert and process if theres a problem with the JPEG. The disadvantage is, of course, that this takes up even more storage space.

[Recognition to the original article by Bob Atkins]