Home / Tutorials / An introduction to photography

An introduction to photography 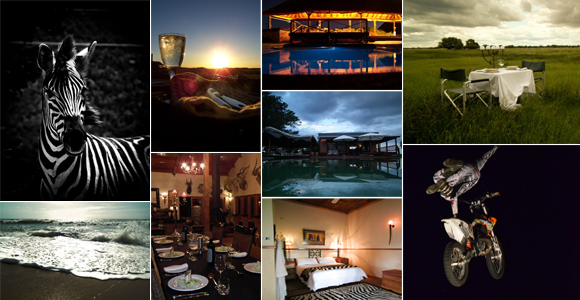 This post is to cover the basics of photography and was originally written by Fredrik Silverglimth. This will also help you understand how light works with the camera.

To take beautiful photographs you do not need an expensive camera and a bag full of equipment. What is important is the photographer’s ability to see his/her surrounding and use knowledge and personal feel for the subject.

An introduction to Photography

Photography is basically seeing and balancing the light.

The illustration to the left shows the path the light travels from the object to the sensor (or film in non-digital cameras).

First the light needs to go through the lens, which is a series of differently shaped pieces of glass. If the focus is good then the light will meet on the sensor.

The aperture is placed inside the lens and is basically an opening that controls how much light reaches the sensor.

On most modern cameras the shutter is placed inside the camera body. This piece of mechanics is what controls how long time the sensor is exposed to the light.

The sensor is a very sensitive plate where the light is absorbed and transformed into pixels. As you can see on this illustration, the image the sensor picks up is actually upside down, just like our eyes sees the world, the processor inside the camera then flips it.

The aperture sits inside the lens and controls how much light passes through the lens and onto the sensor. A large aperture lets through very much light and vice versa. Knowing how the aperture affects the photograph is one of the most important parts of photography — it affects the amount of light, depth of field, lens speed, sharpness and vignetting among other things. I will talk more about these things in later parts of this series.

F-numbers, a mathematical number that expresses the diameter of the aperture, are an important part of understanding how the aperture and exposure work. All f-numbers have a common notation, such as ƒ/5.6 for an f-number of 5.6. There are a set numbers of f-numbers that are used in photography, there are several different scales but the “standard” full-stop f-number scale is this:

There can be several f-numbers between the ones above — depending on what scale is being used. The most common one is a 1/3 scale, which means that every third step is a full-stop, and thus giving you two settings between every full-stop. For example between ƒ/8 and ƒ/11 you will find ƒ/9 and ƒ/10. This can be rather confusing at first, so here’s a short reminder:

There is a scale of stops for the shutter speeds just like for the aperture, below are the full-stops.

The two primary factors which control exposure are shutter speed and aperture. We will cover these things in greater detail in other lessons.

See [LINK TO EXPOSURE TUTORIAL] for an article on how exposure works.

The ISO speed (the name comes from the International Organization for Standardization) is a measure of the film speed, or its sensitivity to light. With digital cameras the ISO affects the sensor instead of the film, but the principal is the same. A low ISO speed requires a longer exposure and is referred to as slow, a high ISO speed requires less time to give the same exposure and is therefore referred to as fast. One step in the ISO equals one full-stop, so the ISO is not on a 1/3 scale — film can be found with 1/3 ISO speeds, but it’s uncommon in the digital world. These are the most common ISO speeds.

On 35mm film, a film with high ISO speed had much more grain than a slower film — but the modern sensors don’t create the same grain with high ISO speeds. Instead it creates noise. The digital noise is not as favorable as the film grain and can destroy a photo if it’s too visible (the same goes with the grain, but it’s effect was more subtle and often more liked).

If light is no problem, then always use a low ISO number but if you’re indoors with bad light or other conditions when you find the combination of aperture/shutter not to be enough the ISO speed can be a great asset. New digital sensors are constantly developed and the noise levels with high ISO speeds are decreasing with every new release.