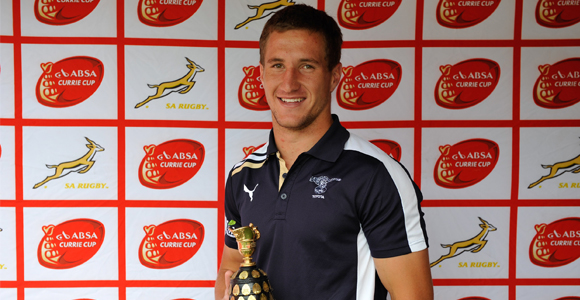 Still only 19, Goosen has made the step-up to the intense cauldron of Absa Currie Cup rugby with such aplomb, that he has become the most talked about young flyhalf in the competition. The hard work invested by the youngster in his career, is certainly paying handsome dividends.

The Baby Boks’ flyhalf has played a pivotal role in the rise of the Toyota Free State Cheetahs and has contributed immensely towards their recent victories over The Sharks and DHL Western Province, which kept the Cheetahs in the hunt for a semi-final spot. 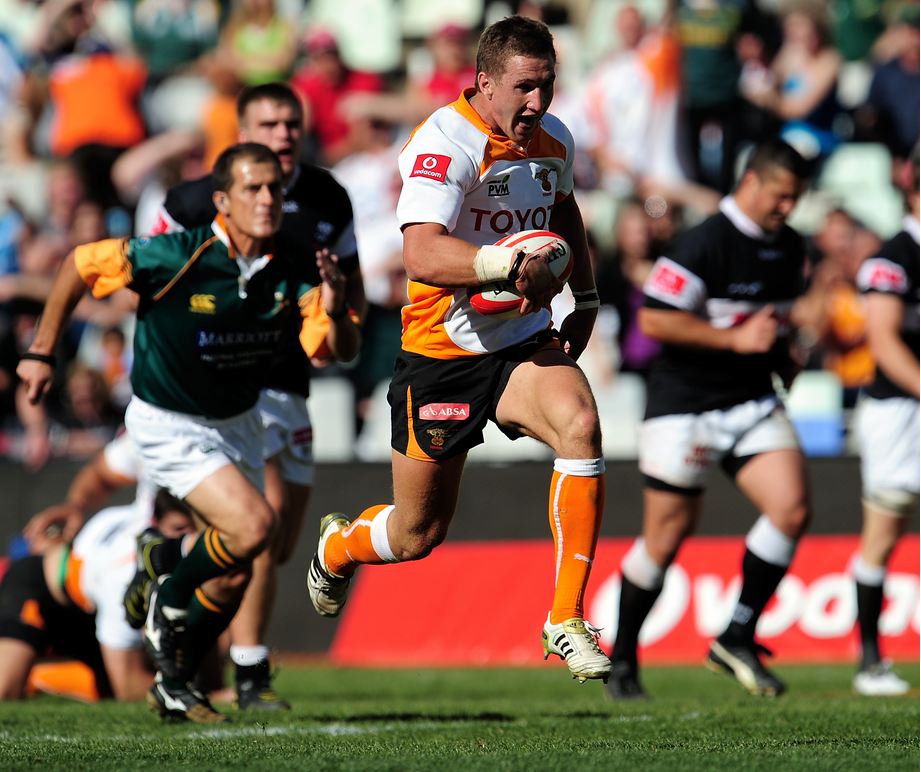 Johan Goosen on the charge in photo by Gerhard Steenkamp / Superimage

Who is Johan Goosen?

We would like to share an interview held in August 2010 by our friend James Loretz from Rugby15 with Johan Goosen. This interview was held before the recent awards and accolades and provides more insight on Johan Goosen as a person and some of the factors contributing to his success as a player. 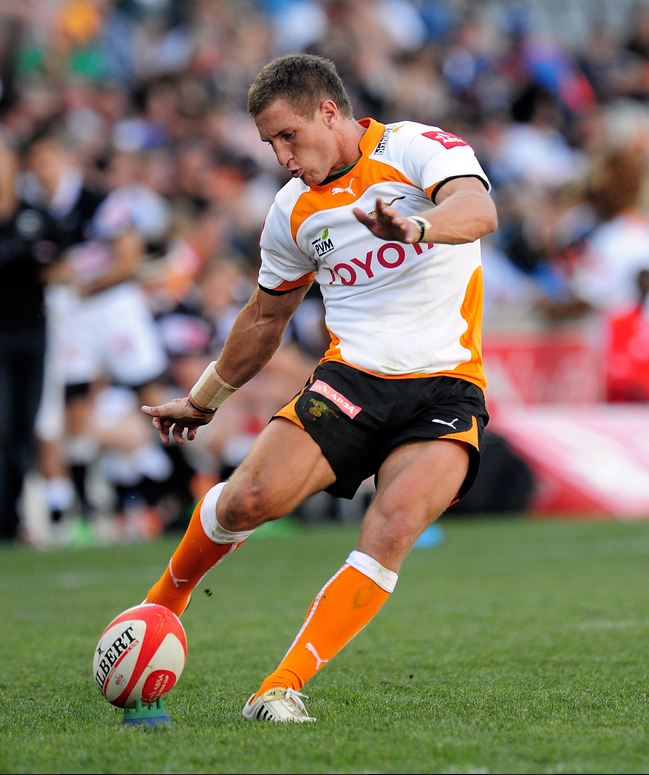 Goosen was born 1992 in the small Eastern Cape town of Burgersdorp where he attended Burgersdorp Laerskool and started sharpening his skills, first as a flank and later as flyhalf. Even at such a young age he showcased immense skill and understanding of the game. This was confirmed when he was chosen to represent Border at the 2004 and 2005 Craven Week.

After finishing primary school, Goosen attended Burgersdorp Hoërskool for one year before his natural talent could no longer be ignored and he was asked to make the 250km trip to Grey College in Bloemfontein. A decision that didn’t need too much thought.

It didn’t take long for Goosen to settle in at, the renowned rugby factory, Grey College. He made it through 2007 with more and more people beginning to notice ‘that’ flyhalf from the u15 squad. 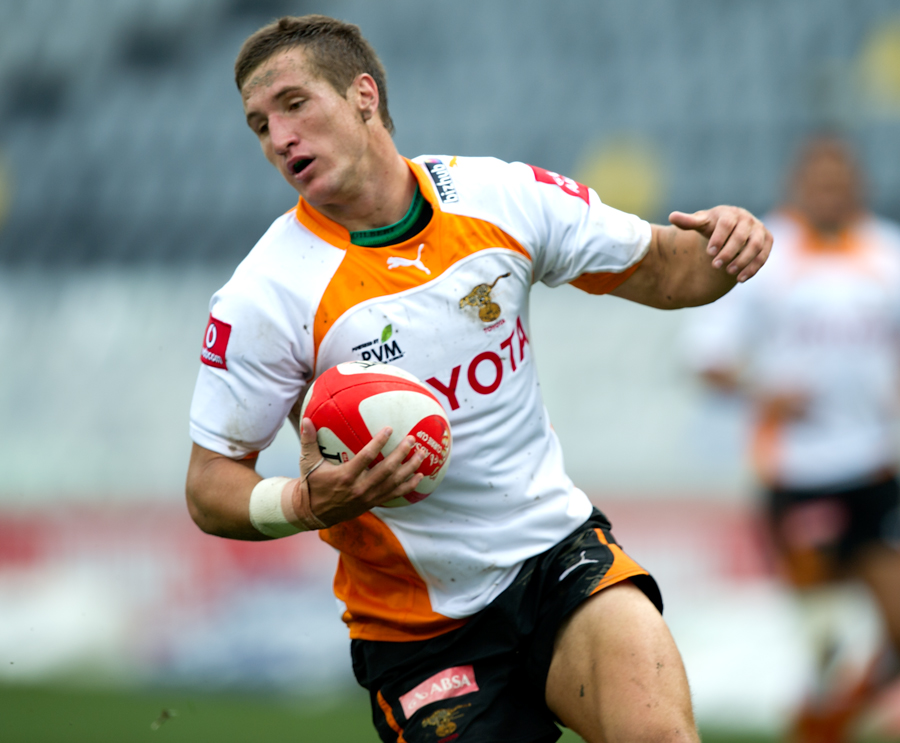 In 2008, while playing at u16 level he upped his game to a new level and cemented his place in the Free State Craven Week squad, first at the u16 Grant Khomo Week and a year later getting the nod again, this time with the big boys, at the Craven Week for u18′s. After a shock defeat to Western Province in the unofficial final, a disappointed Goosen returned to Bloemfontein but vowed to return the following year.

During the off-season Goosen put in that little bit of extra work and returned a better, stronger and faster player for the 2010 season. Standing at 1.85m tall and weighing in at 85kg, Goosen, and the rest of the Grey College 1st XV, wiped the floor with any opposition that crossed their path. Most notably was the improvement in his kicking game. Any team making a mistake within 55m from their own goal posts would have to watch the ball sail over the crossbar.

At the Wildeklawer Super Schools tournament held in Pretoria on 24 and 26 April, he not only dictated Grey’s convincing wins over Paarl Gymnasium and Outeniqua, but also walked away with the accolade of “Top Points Scorer of Wildeklawer ’10”.

With Craven Week ’09 still fresh in his mind, Goosen and the rest of the Free State team returned to Welkom for Craven Week ’10. Goosen stole the limelight and got the crowd on their feet with his long-range conversions, try-making passes, tactical awareness and rock solid defense. 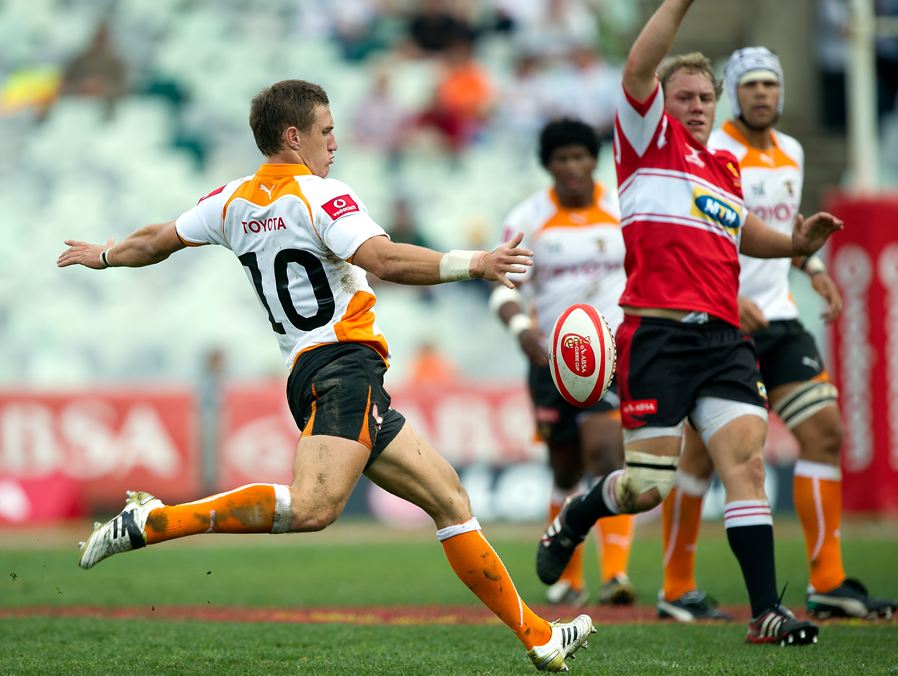 Johan Goosen kicking from hand in photo by Denese Lups

Goosen produced two Man of the Match performances from three matches(including the final) as they smashed Western Province 42-21 in the unofficial final and took sweet revenge after last year’s defeat. Goosen contributed 22 of Free State’s points.

Minutes after the final, Goosen was named as flyhalf for the SA u18 High Performance squad to face England, France and Namibia in a Four Nations tournament to be held in East London.

Even at International level there was no match for Goosen’s skills. He produced another two Man of the Match performances against France and England, and as a substitute, helped South Africa beat Namibia after a struggling first half. In the final match of the tournament, against England, Goosen and Grey College team mates Paul Jordaan and William Small-Smith made it an all Grey affair when they scored all of South Africa’s points in a 23-17 victory. Again Goosen contributed more than half of his side’s total points. 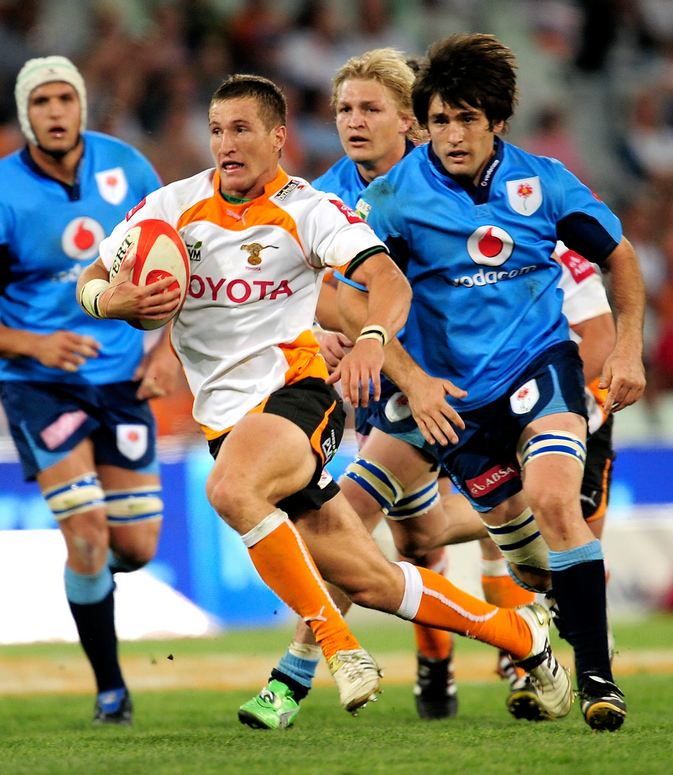 Questions and Answers in interview with Johan Goosen

James: Where did it all start for you and who was the most influential person in your rugby career thus far?

My earliest memories include rugby, so it started out when I was still very young. Two people made a massive difference in my rugby career but also my life. One is my dad, for always supporting me and giving me the best possible chances in life. And the other is Mr Basson from Burgersdorp Laerskool. He made the very important decision to move me to flyhalf and started moulding me into what I am today.

James: In your opinion, are there any areas of your game that can be improved?

I can honestly say that there is a lot of hard work left. Every aspect of my game can and must be improved. I am still a work in progress.

James: Who do you regard as the the most complete flyhalf of all time? In other words, who do you want to play like?

If there is one player I would love to play like, it would be England’s Jonny Wilkinson. He is the definition of the complete flyhalf.

James: What did it mean to play for Grey College, Free State and of course the SA u18 team?

It was a great honour to get picked and to play for Free State and the SA High Performance squad, but there is nothing that can compare to pulling the Grey College jersey over your head. Playing in that jersey and Grey’s first XV is my best and memorable achievement thus far. 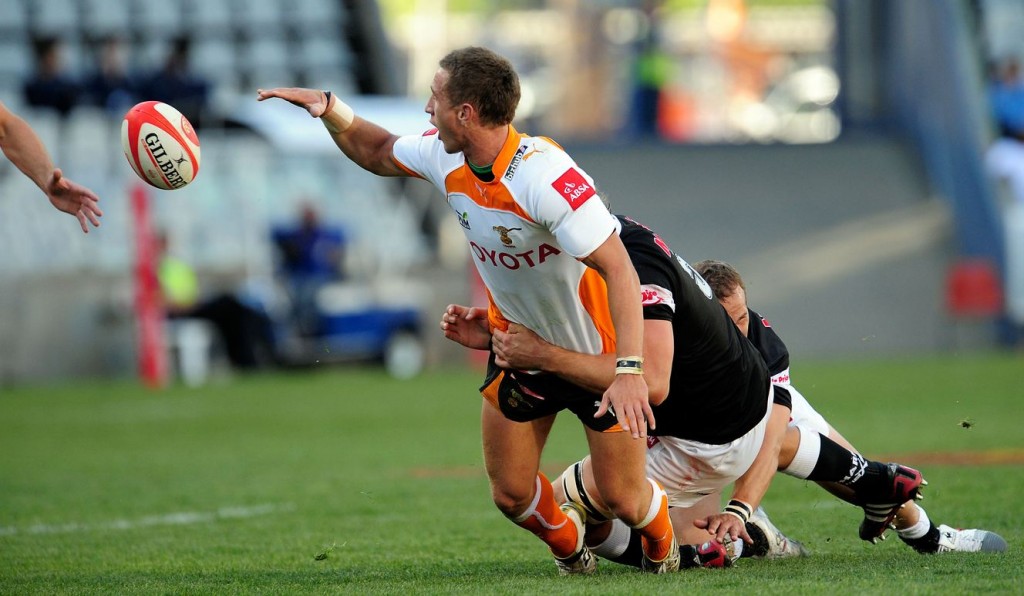 James: In 2009 you lost to WP in the Craven Week Final. How did it feel when you beat them this year?

After the 2009 final I promised myself that I will be back and beating WP was one of the challenges I set myself. I cannot explain the feeling when the final whistle blew. The guys worked so hard the week before the tournament and all that blood, sweat and tears paid off.

James: What are your plans after finishing school, what goals have you set yourself for the next 5 years?

I decided to further my education and will be studying for a BA degree in Human Movement Science.
I also signed with the Free State Rugby Union and will continue my rugby career with them. I obviously want to work my way up the ranks and within 5 years I want to have Super 15 experience behind my name. Just like all the other players, it is my ultimate goal to represent my country at the top level one day.
But above all I want to remain humble and thankful with everything that I do.

James: Besides rugby, what other activities do you enjoy? 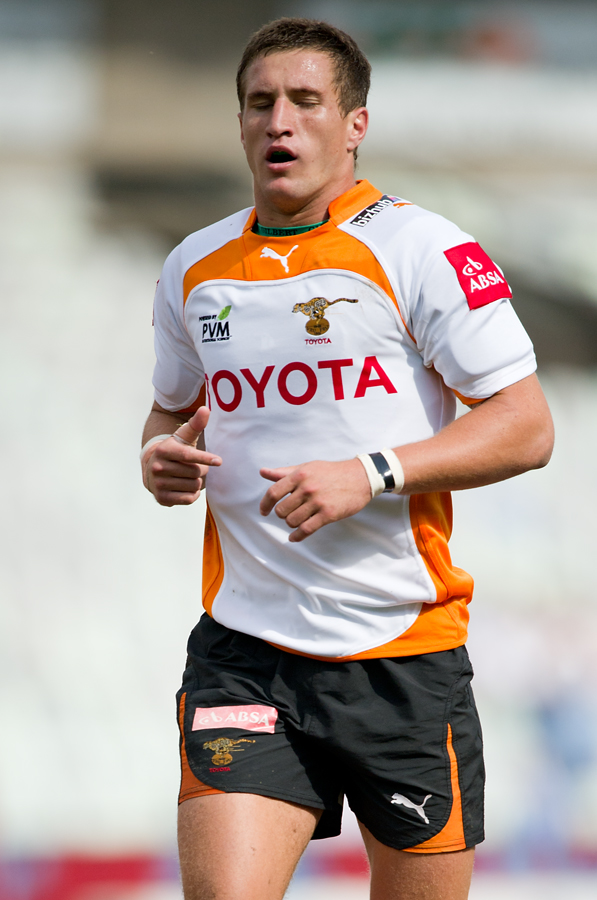 Johan Goosen is without a doubt a name that you will be hearing for years to come.