Home / Nature / Through the Lens / Wildlife / Dancing Carmine bee-eaters, as seen through the lens of Peter McKellar

Dancing Carmine bee-eaters, as seen through the lens of Peter McKellar

Southern Carmine Bee-eaters are fascinating birds. It is our pleasure to share some amazing images captured by wildlife and nature photographer Peter McKellar with our readers.

They are breeding migrants to the northern regions of southern Africa and their arrival in August each year brings a kaleidoscope of colour to the African landscape. 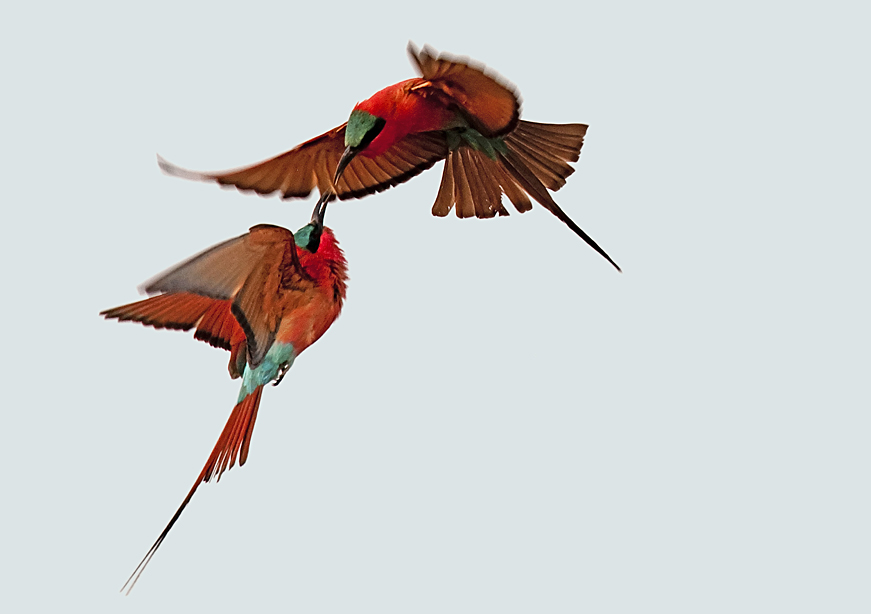 The adults are compellingly colourful, with their feathers a mix of scarlet, pink and red, capped by a blue crown.

They often occur in groups and can be hears calling from afar when they are feeding in the air. As aerial hunters of insects, they slice swiftly through the air in pursuit of their prey. 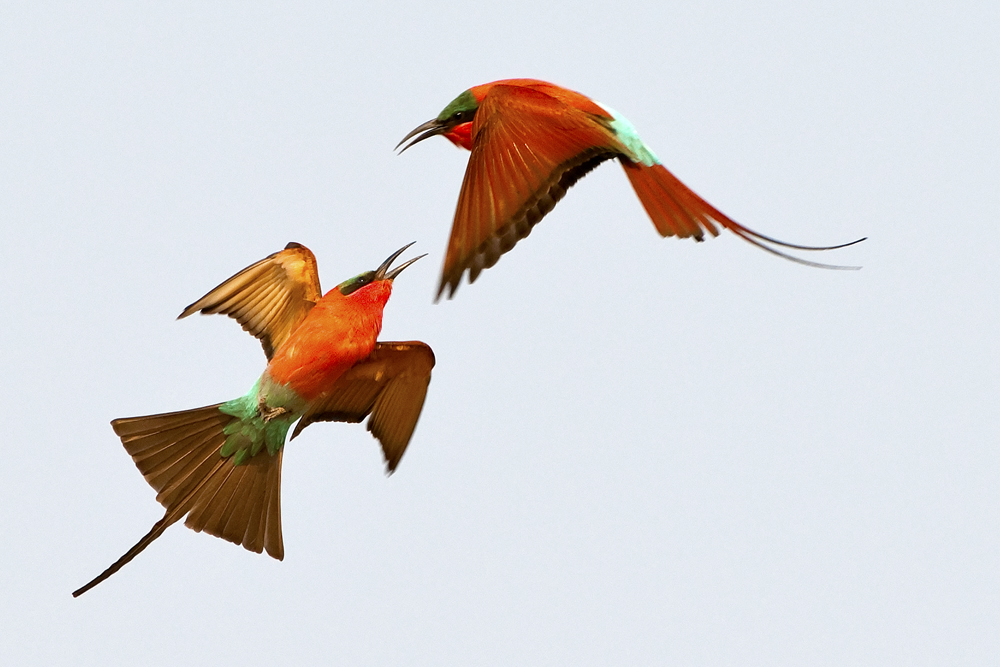 After their arrival in August they soon begin nesting, in close proximity to perennial rivers like the Kwando and Linyanti. In general they seek out vertical sandbanks fronting the river in which to excavate their nest burrows, but they also nest on flat, sandy areas alongside the river. Nest colonies can have hundreds of birds. Nestlings rely on the safety of their burrows to escape monitor lizards and other predators. 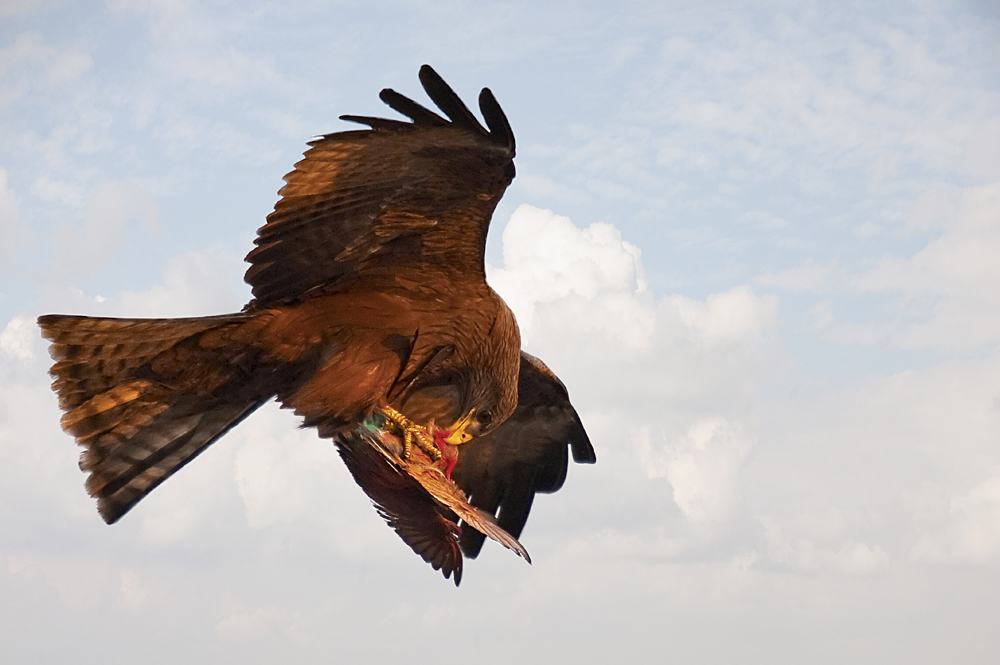 The birds usually depart for their migration north by the end of April.

Join myself, Gerhard Steenkamp and Peter Mckellar from 14-21 September 2012 on a Carmine photographic trip to Kalizo. For more information on this safari email Denese at deneselups@www.phototalk.co.za

2 Responses to Dancing Carmine bee-eaters, as seen through the lens of Peter McKellar