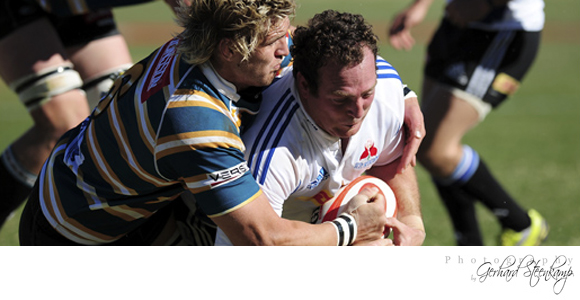 Covering a Rugby match during the day in direct sunlight require some specific settings on your camera. Yesterday I covered the Griquas vs Western Province match in Kimberley on a lovely sunny day and want to share my setup that I used. Firstly I used two cameras namely a Nikon D3 and a Nikon D700. On the D3 I used a Nikon 400mm F2.8 with a 1.4 converter which make it a 560mm F4. On the D700 I used a 300mm F2.8

My settings on the two cameras were more or less the same;

Exposure compensation on -1/3 of a stop

Picture Control: Vivid with the saturation -1 and the Contrast -1.

When shooting sport during the day I normally will shoot on Aperture Priority and with the Auto ISO on. This give me the advantage of a 4 – stop range on my ISO which comes in very handy specially when the playing field is partly shadowed. Luckily in Kimberley this wasn’t a problem because the stand isn’t that high and for thus doesn’t easily throw a shadow over the playing field. More about this in a previous post that I had on Superimage’s Blog.

Normally the spot that I chose during such a match will be behind the dead ball line somewhere near the 15 m line. From here I will rove according the flow of the match. Sometimes I will be even right on the other side of the field depending how the match is swinging in the favor from the one side to the other. Reading the game correctly is crucial to not miss the key moments of a match.

The Aperture on the lenses I’m using were nearly wide open. The reason for this are two fold. Firstly to throw the Background out of focus so that the players will stand out from the background and second to keep the shutter above 1/1250 sec. to freeze the action. 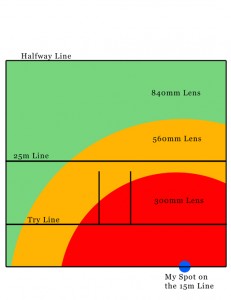 Changing from the long lens to the shorter one when the game get closer to you is always something that one must get spot on. I always want to stay as long as possible on my long lens but want to change in time to the short lens so not to miss the try’s. Here a diagram to show you  where I normally using the lenses. The 840 mm is when I’m using the crop factor on the camera which multiply the 560mm by 1.5 to make it a 840mm.

More images of the Griquas vs Western Province match on www.superimage.co.za 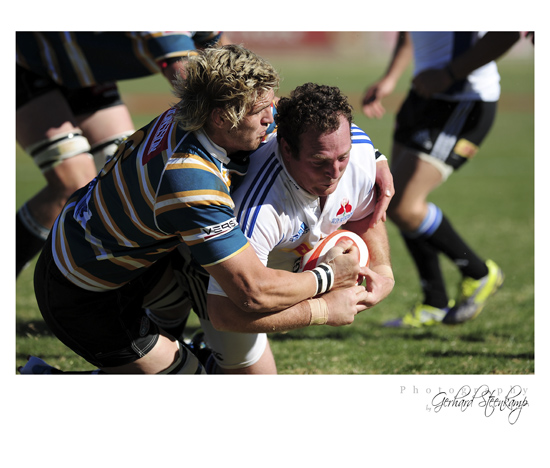 Photo of Tiaan Liebenberg taken with the 300mm lens while scoring a try right in front of me. 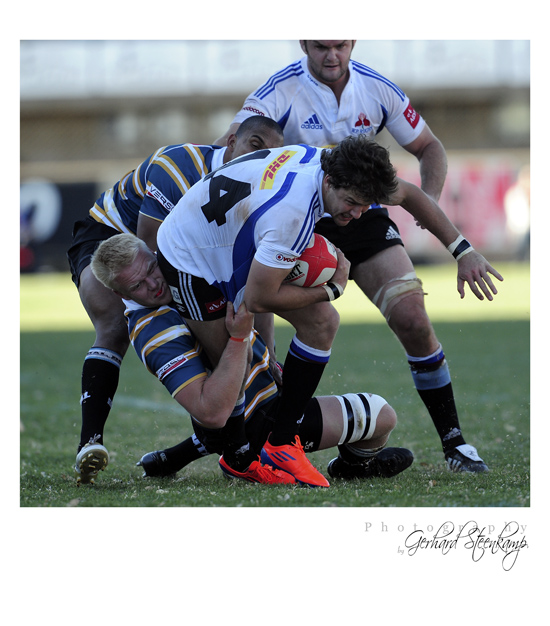