Mr Lindsay Mould the President of the Free State Rugby Union is at present the Principal of Grey College Primary where his footprint stretches back for more than 20 years. It was our privilege at Phototalk to visit Mr Mould at his office for a conversation on his love for the game and vision for Free State Rugby.

His relationship with Grey College is one of strong love and loyalty as this is the school where he matriculated. After matric he studied at the Bloemfontein Educational College and at the Free State University before starting his teaching career in Welkom. After becoming School Principal in Ficksburg 1984-1989 he returned to Bloemfontein for a brief stint at President Brand and Willem Postma before taking over the reins at Grey College Primary. 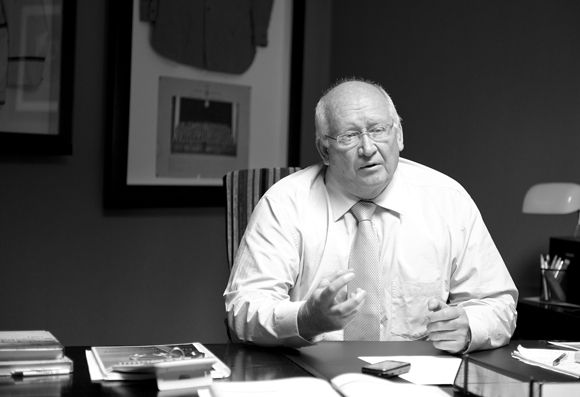 From a rugby point of view it is a pleasure to see young boys starting their school career at the school and then becoming Springboks and young men who are not only idolized as players but always well respected as young men. A classic example is Heinrich Brussow. There are so many who are walking this path from Grade 1 and whom we know will continue to excel such as the Ebersohn brothers and many others.

The past year was a very successful year for Grey College – and a highlight has been the strong performance not only on the sports fields but also academically! The School did very well at the Science Expo and excelled in many areas. The question however remains – where to from here?

As Principal it is important to ensure that the machine keeps well -oiled and the momentum is maintained.

We have 190 Grade 1 pupils this year and there are a further 80 on a waiting list for admission. The trust shown by parents in the school also adds a huge responsibility on the staff –but this is always a nice challenge to have. 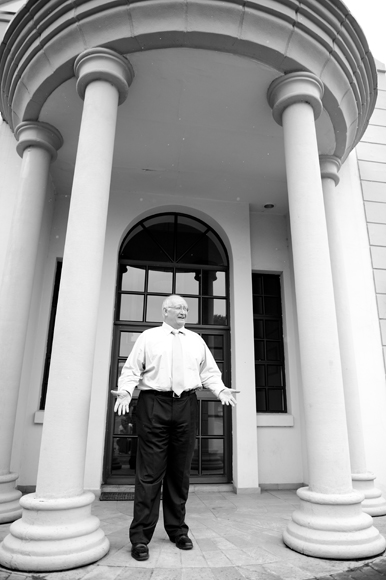 Lindsay Mould was team captain at Collegians. During his studies at University he played hooker in the days of Wouter Hugo and also represented Welkom Club and the Eastern Free State at hooker.

I resigned from this position this year to focus on rugby in the Free State. 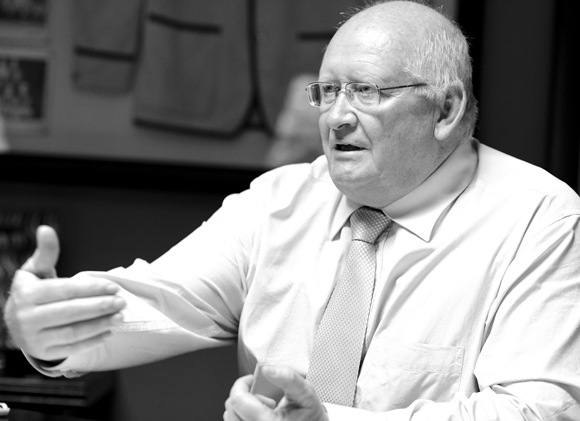 Lindsay Mould saying -"Never be bigger than the game." - Photo by Denese Lups

What was the most important factor which lead to making yourself available for this position?

I have been in conversation and consultation with many rugby friends in the Free State and they convinced me that my involvement and the experience gained in the development and administration of Schools Rugby could make a valuable contribution if elected to serve as President of the Free State Rugby Union.

I am a very loyal Free State Supporter, and have always been and I believed it would be both a privilege and opportunity to contribute to the well-being of rugby in the Free State.

Have you always been a Free State Rugby Supporter? 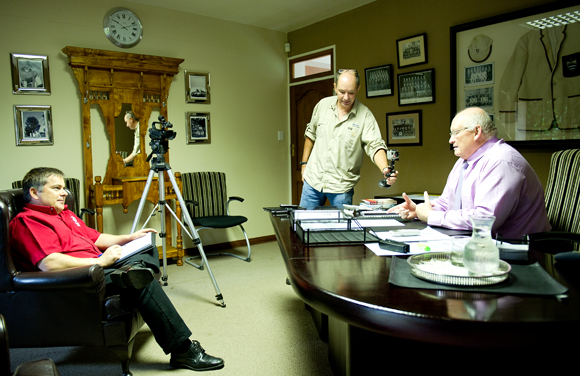 The crew in action in Lindsay Mould's office

How will your scope of activities and Focus differ from that of Mr Harold Verster?

We intend to share next week with the Media in a more formal setting some more info on this as well.

I will be focusing on the Currie Cup Teams as well as Vodacom Cup, U19, u/21 and Club Rugby sides. Harold will be focused on the professional arm and more specifically the Super 15 rugby side. We are both committed to sharing and expanding the Cheetahs brand with the media and Supporters and we will both be on the team sharing insights and assistance at contracting of players etc.

This will also include the very important aspect of communicating with team management, the media and our supporters!

How important is communication with the sponsors, team management and supporters?

This is one of the most important duties that we have! We need to share the facts clearly and effectively. Assumptions based on incorrect facts are what most often lead to unhappiness, misunderstandings, criticism and negative publicity.

We need to take the media along this path and to remain honest and direct in our communications.

It is also important to recognize our supporters and not only their support at the stadiums. We need to acknowledge that they not only have a love for the team but also have a lot of expertise amongst them which of correctly used can benefit Free State Rugby from the junior to the senior sides.

These fans include the supporter in the stadium, the former player, the businessman and the honorary members of the Union. I would much rather see us all working together towards a common goal than being regarded as “those with the suits” sitting on the soft seats!

Do you believe the Free State Rugby Union is making strong progress with transformation?

We are definitely doing so and it is not playing around with numbers. The plans are in place and we are making significant progress with the implementation of measures that are adding to the development of rugby across all spheres of society.

At management level we have a 50/50 representation and committed rugby people are making a contribution to rugby development at all levels. We are proud of José O’Brien our Primary Schools Chairman and his good work from grassroots level.

Our Deputy President Cedric Carson is keeping a close eye on the Club Rugby structures and how to strengthen our clubs.

Our Rugby Academy has some brilliant initiatives and we are all in agreement that development is most important from school level.

With the support of the Business Forum we intend to put the best structures in place to hold on to our young talented players.

How does the new professional era impact or challenge the way we have to manage rugby?

Even though much has changed there is something that Doc Craven used to say which we should always take to heart – “The day you start referring to the I and Me it is time to go. You must keep referring to the We and Us – that is what it is all about! Rugby is a Team Sport”

If we manage to achieve this-we will also achieve success!

We need to be ‘’the Peoples Team” – and this demands taking full responsibility in defeat and victory! Everyone contributing to success needs to be acknowledged and he or her needs to feel special even as a small component in this bigger team effort!

The Free State brand of Rugby

Would you agree that this is a special brand and where do you think this originated?

This is correct – and this special brand of playing style was present even in my days as a young supporter. This is something rather unique and might also have a lot to do with the schools and tertiary education sides and the way they play.

This might also be the reason why so many supporters are adamant that if the Cheetahs are not their first choice side – it will always be their second favourite!

You will be well aware that Free State Schools have always excelled at the Craven Weeks and spectators are expecting these sides to display slick passing skills and running rugby.

There needs to be a fine balance between beautiful rugby, what we do on the pitch – but also the desire and expectations to play winning rugby and bringing home the results.

We are fortunate to have a coaching staff and players who share this mind-set – not only at top level but also at school and club rugby level.

Do you have high Expectations for the Toyota Cheetahs?

I will always be positive of the Toyota Cheetahs!! We do believe and may believe that something extraordinarily exiting is about to happen!

We are all committed to achieving success with the Toyota Free State Cheetahs and will do everything as a team and Cheetah family to deliver results for our supporters!