Home / Through the Lens / Wildlife / Satara – Home of the Lions

Satara – Home of the Lions 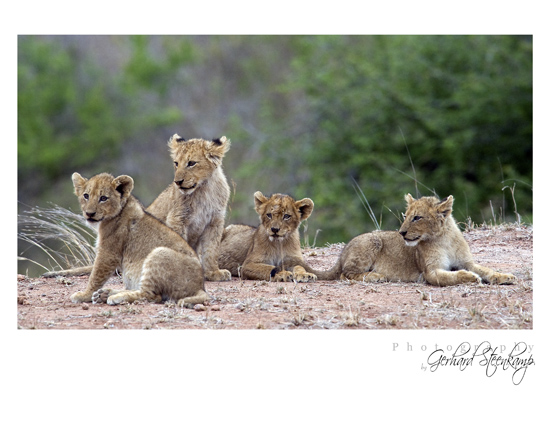 We arrived at Satara on Monday. Arriving at 12h00 in 31 degrees  celsius, we unpacked and set up our campsite. At 15h00 we went for the afternoon drive on the well- known S100 road and found four lion cubs without their mother (probably were busy hunting).

Satara lies in an area that offers the best grazing in the Kruger, with 3 dams,6 waterholes and 2 bird-hides close to the camp. It is famous for a large concentration of general game, which ensures plenty of interactions with lion.

Yesterday we had a brilliant day finding a pack of lions near the Nsemani dam early morning near Satara. We managed to capture some nice shots of the two lion males as well as the six cubs playing. 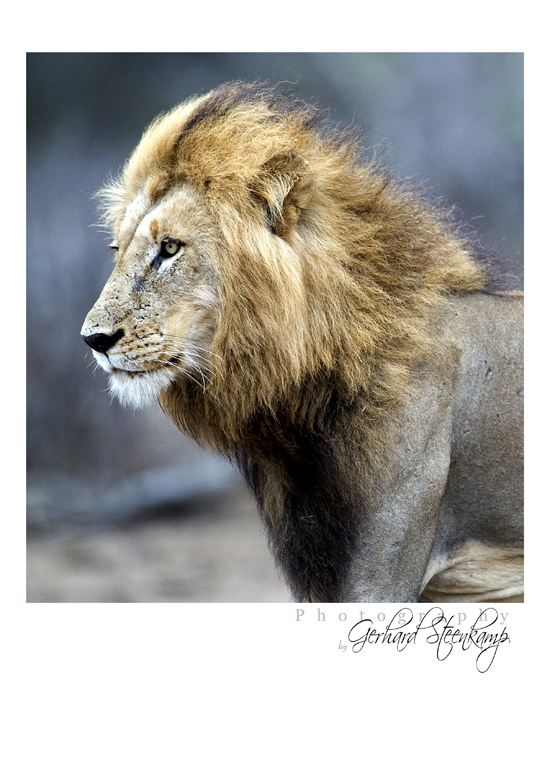 In the afternoon all hell broke loose on the Nsemani dam wall when the Lioness decided to walk with her six cubs through a pile of at least thirty vehicles causing a traffic jam that I haven’t even seen in Johannesburg up to now. To top it all she decided to feed them in the middle of all this mess. 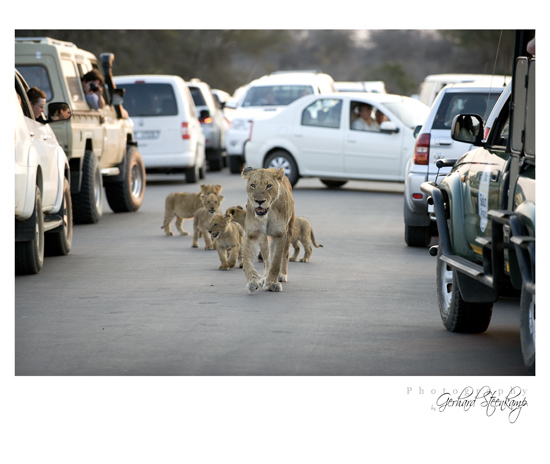 Today(Thursday) was a quiet day caused by the extreme heat(37 degrees celsius). Tomorrow is our last day at Satara leaving Saturday for Lower Sabie for the next five days. 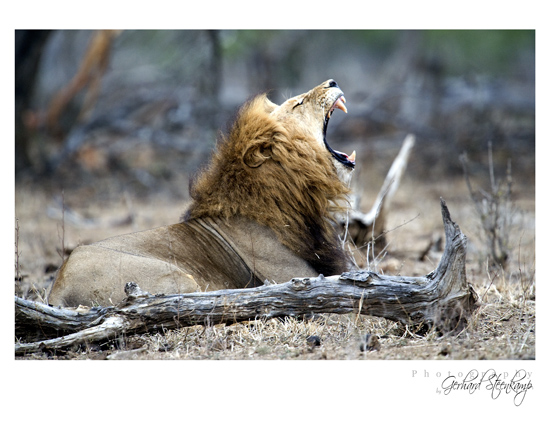 1 Response to Satara – Home of the Lions