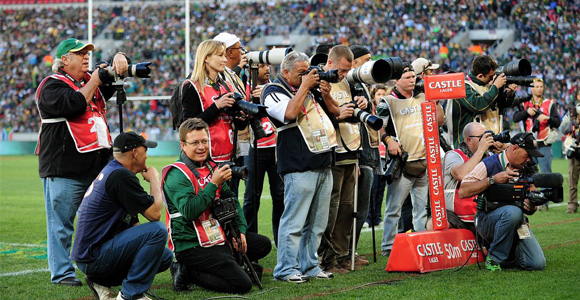 As New Zealand politicians argued about who should take credit for the drop in crime rates in their country, several South African journalists were left counting the cost of becoming the victims of crime at the Rugby World Cup.

Two South African photographers were robbed of R60 000 of equipment in Auckland early on Saturday morning after the Springbok-Samoa group match at the North Harbour Stadium.

These photographers have become some of the most well known faces next to the rugby pitches of the world. 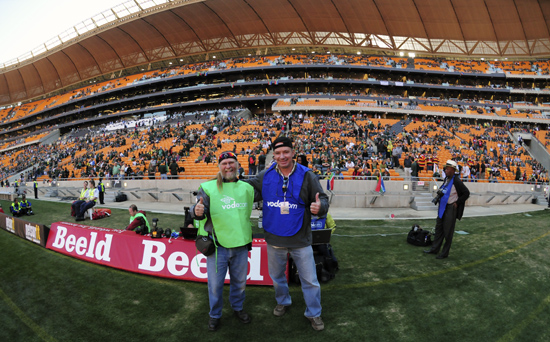 Christiaan Kotze, sports photographer for Media24, and Barry Aldworth, of Backpage Pix, had their hired car broken into in a secure parking in Auckland beside one of the drop-off points for the official media shuttle.

“I lost two computers, photographic bags, peripheral photographic equipment, some money, some clothes, my new Oakley sunglasses and the tent we’ve been staying in,” said Aldworth on Tuesday. “They didn’t get our cameras and lenses because we had them with us. We were told it was safe to park there and did so expecting it to be okay. I guess that was wrong.” 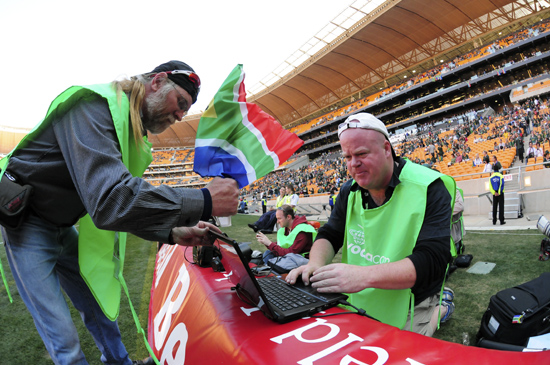 Kotze and Aldworth at Soccer City

Kotze and Aldworth have been following the Springboks around New Zealand in a hired car and sleeping in a tent, to save costs. But now they are left without a place to stay and had to pay NZ$1 500 (around R10 000) in excess for their hired car, which was “trashed by the guys who broke into it”, said Kotze.

“They must have crashed into our car with the getaway car. We’re seriously out of pocket here.” The pair are staying with friends in Wellington.

The theft comes a few days after a hired car belonging to SuperSport.com journalists Brenden Nel and Gavin Rich, was broken into in the parking lot of their hotel in Auckland. An iPod was taken and a window smashed. 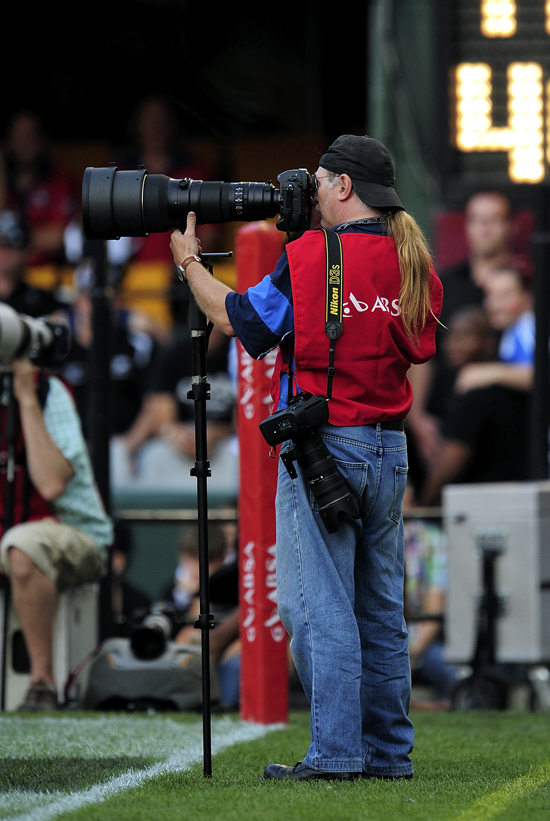 Early on Tuesday morning, New Zealand time, Owen Nkumane, the SuperSport presenter, posted on Facebook: “It’s 3.30am and I’ve been woken up by gunshots”.

His hotel is on the waterfront on the Viaduct, near Auckland’s Party Central.

Pretoria News journalist Vata Ngobeni has not received an apology from the Taupo police after he was detained on suspicion of selling illegal drugs in the resort city. Ngobeni was detained because he apparently matched the description of a man who had allegedly tried to sell drugs.

Ngobeni explained that he was a journalist and offered to let the officers search him there and then, but they insisted he accompany them to the police station.

He was eventually released with profuse apologies by the officer, but Ngobeni and the South African media contingent on tour with the Springboks considered it a racist incident.

Ngobeni has received support from Saru president Regan Hoskins, while the International Rugby Board and the Rugby World Cup company have tendered their apologies.

Last year during the Fifa World Cup in South Africa, Chris Rattue, a sports writer with the New Zealand Herald, wrote a story headlined: “So close to escaping hellhole of Jo’burg.”

“One way or other, the All Whites (the New Zealand soccer team) will be out of this hellhole in days, and we will be off with them,” wrote Rattue. 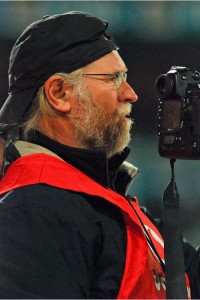 Camera insurance needs to cover when you lose more than just the photo!