Home / General / Soccer / Sport / Through the Lens / Sometimes those behind the camera get caught on camera!!

Sometimes those behind the camera get caught on camera!! 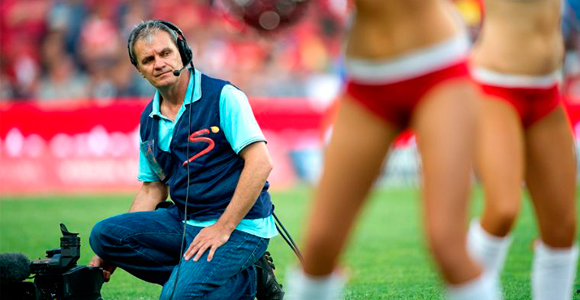 Those guys and girls behind the lens are a rather interesting bunch! They are most often not the loudest in a crowd of people… I have gotten to know a few of them who quietly go about capturing the stunning images we see on television and in the newspapers.

There is a recognizable respect amongst photographers for one another.

You will seldom hear them making negative comments on the images captured on camera by other photographers – they tend to rather compliment the best work from those working in the same industry! 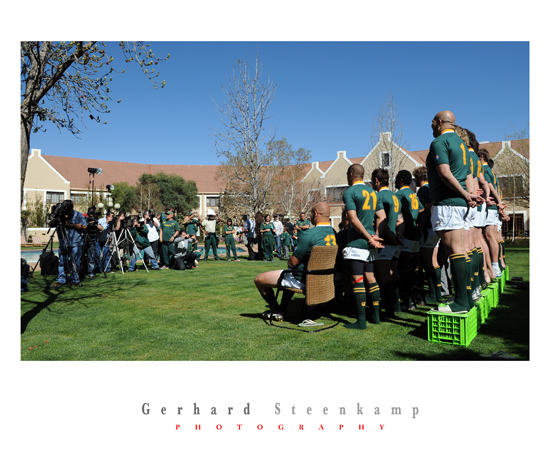 Photo opportunity during the Tri Nations Rugby Football match between the Springboks and Australia at the Free State Stadium in Bloemfontein on 4 September 2010, South Africa.

I have had the privilege to talk to and share numerous laughs with the guys from Supersport at the Free State Stadium while covering rugby games for Rugby15. I have even captured them on camera from my cellular phone while working in challenging weather with extreme cold and pouring rain. These hard working guys behind the camera most certainly deserve a special mention on Phototalk for their excellent work and images they provide. 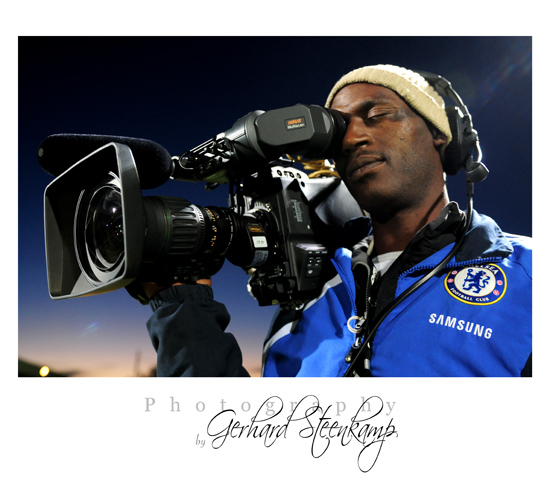 I discussed this with Gerhard Steenkamp and Denese Lups and before doing so, I would like to share a few brilliant pics from Gerhard and Denese capturing these colleagues behind the camera from different angles: Ferdie Kapp(Camera Man) during the Super Rugby match between the Cheetahs and the Lions played at the Freestate Stadium in Bloemfontein South Africa on 12 March. Photo: Gerhard Steenkamp/Superimage

The sports broadcasting industry is very much male dominated, but it is refresshing to see more and more ladies behind the camera as well! Bronwyn Booth, Videographer during the Currie Cup match between the Cheetahs and The Bulls at the Freestate Stadium on 10 September 2011. 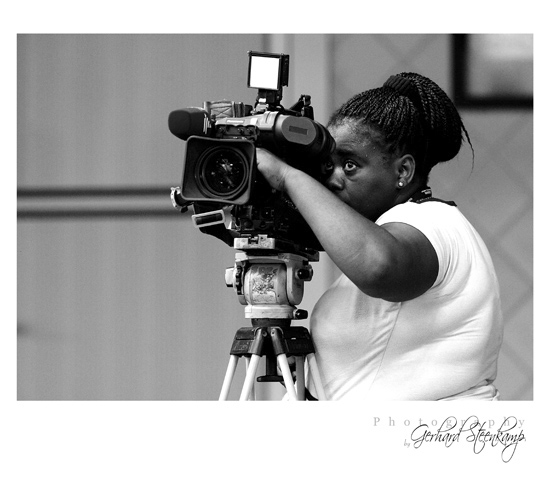 A view from a Different Angle

Sometimes these dedicated guys and girls have to go the extra yard[s] to capture these magical moments: 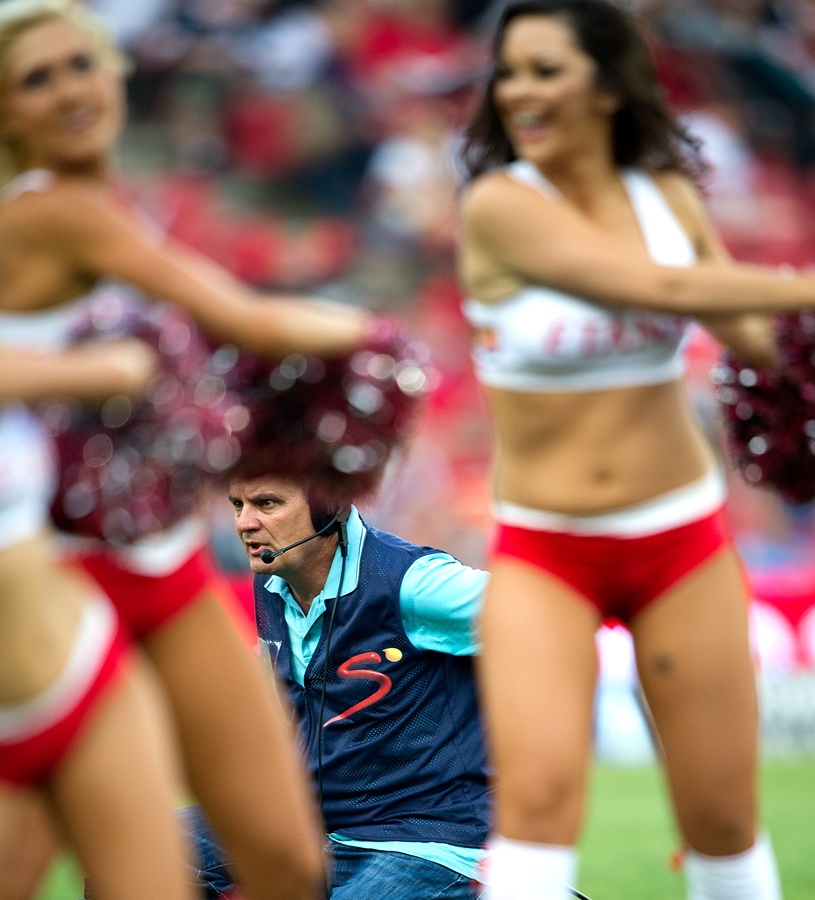 Focused attention despite distractions from all angles as well. Photo by Denese Lups during ABSA Currie Cup Final 2011

We would also like to share a few stunning photos of the media attention and lenses focused on the FIFA Football World Cup in South Africa in 2010. Keeping an eye on the ball during the 2010 World Cup Soccer match between Brazil and Chile in a group 16 match played at Ellispark Stadium in Johannesburg South Africa on 28 June 2010. Photo: Gerhard Steenkamp/Cleva Media 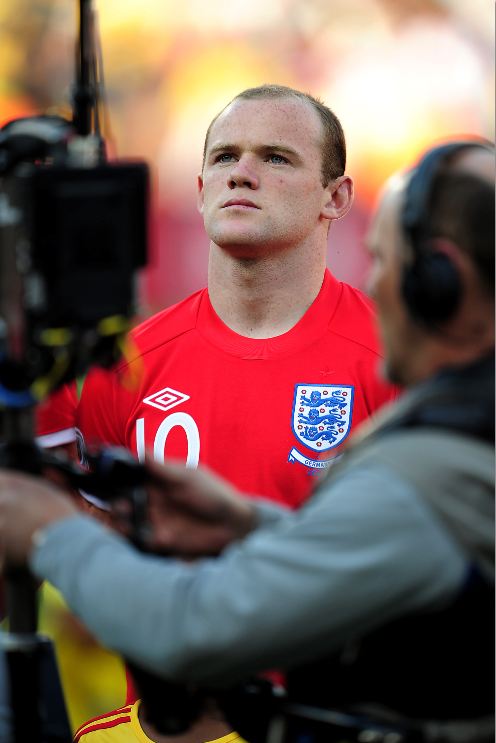 Media attention on Wayne Rooney during the 2010 World Cup Soccer match between England and Germany in a group 16 match played at the Freestate Stadium in Bloemfontein South Africa on 27 June 2010. Photo: Gerhard Steenkamp

Most often the camera does not only capture the action on the pitch! There might also be some beautiful people to capture. We would like to share 2 of these images with our guys and girls with an eye for more than just the beautiful game: A beautiful Spanish Reporter during the Semi Final soccer match of the 2009 Confederations Cup between Spain and the USA played at the Freestate Stadium,Bloemfontein,South Africa on 24 June 2009. Photo: Gerhard Steenkamp/Superimage Media.

3 Responses to Sometimes those behind the camera get caught on camera!!